By Walter Melnyk
Combining immense scale and tenacious fighting, Borodino stands as the most destructive day of Battle during the Napoleonic Wars.

It had been almost three months since the Grande Armee crossed the Niemen River in June as Napoleon worked to bring Czar Alexander to heel. With 130,000 troops remaining in its main attack column, the French army hoped capturing Moscow would force peace and end the campaign. For 120,000 Russians under Kutuzov, defending the capital city was a sacred trust. The resulting clash of wills and armies around the small town of Borodino would end in 75,000 casualties and two exhausted forces.

Marking Borodino’s 200th anniversary, several clubs of the Trumpeter Society held one of Canada’s largest wargames with over 5,000 figures on a 27-foot table. The team was led by Chris Leach, Rick Stevens, Gary Greer and other members of the White Rock Gamers, with support from the North Shore Gamers and other groups.

Reflecting the actual battle, the day was generally one long French assault. From Eugene’s divisions swirling Borodino in the north, to Ney in the center and Davout facing hordes of Russian Guards at the Fleches, the French came forward hard and in great numbers. Moskva’s valiant defenders were equally stalwart.

The game team – all posing together for now. 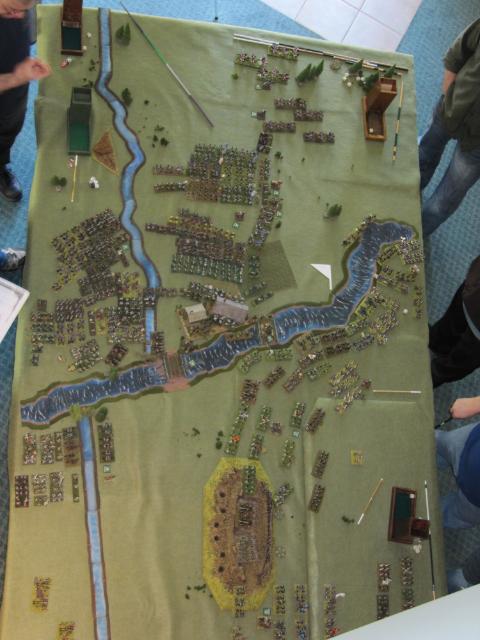 Bird's eye view of Eugene's assault on Borodino at the northern tip of the battle; note the Great Redoubt to the south. 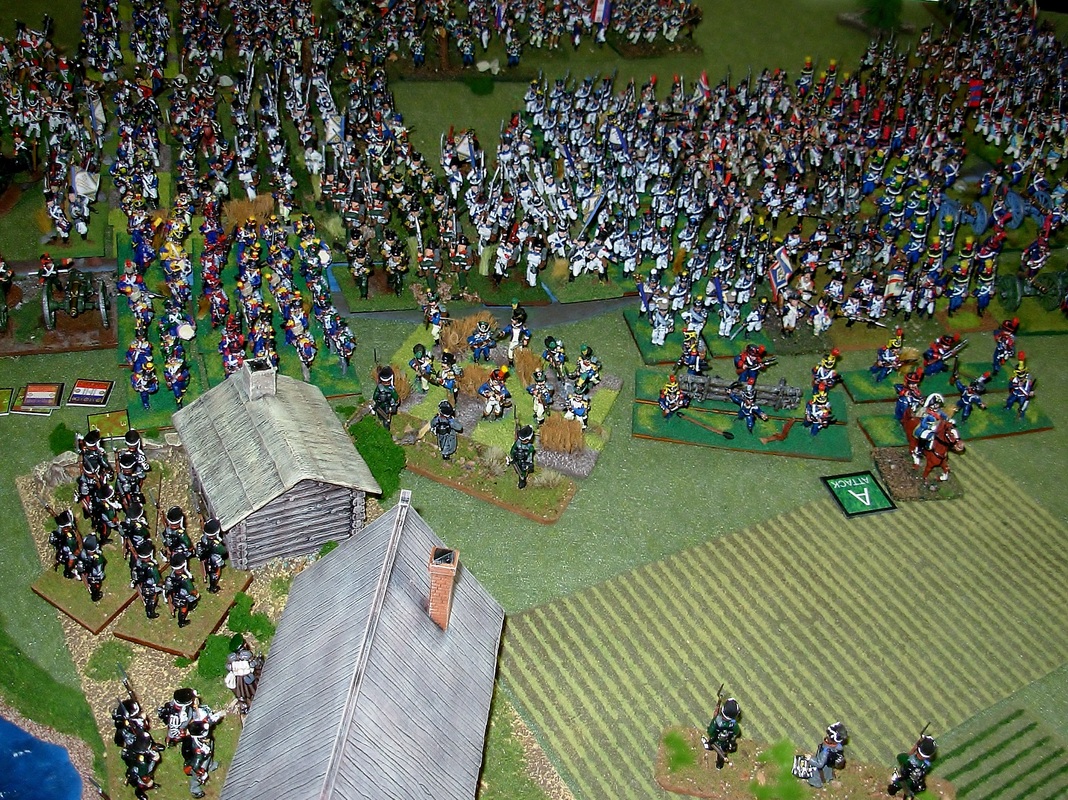 Closer look at Eugene's battalions surging towards the titular village. 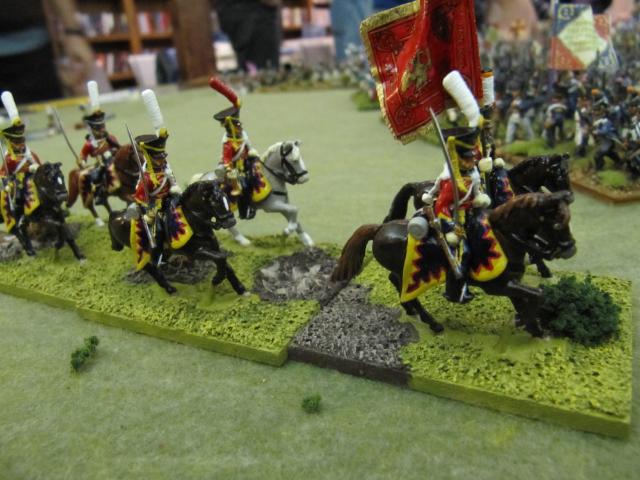 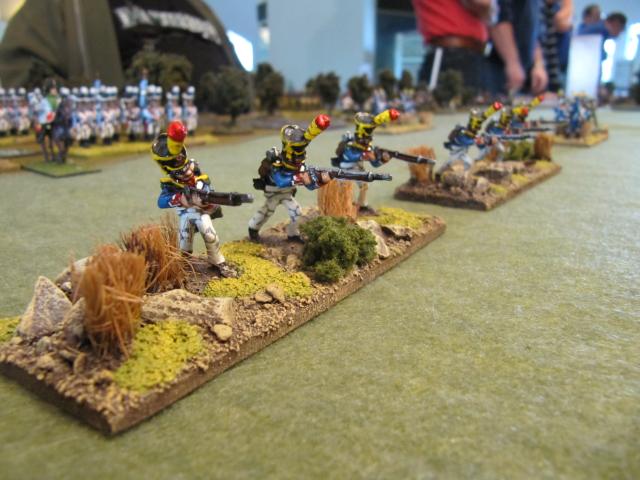 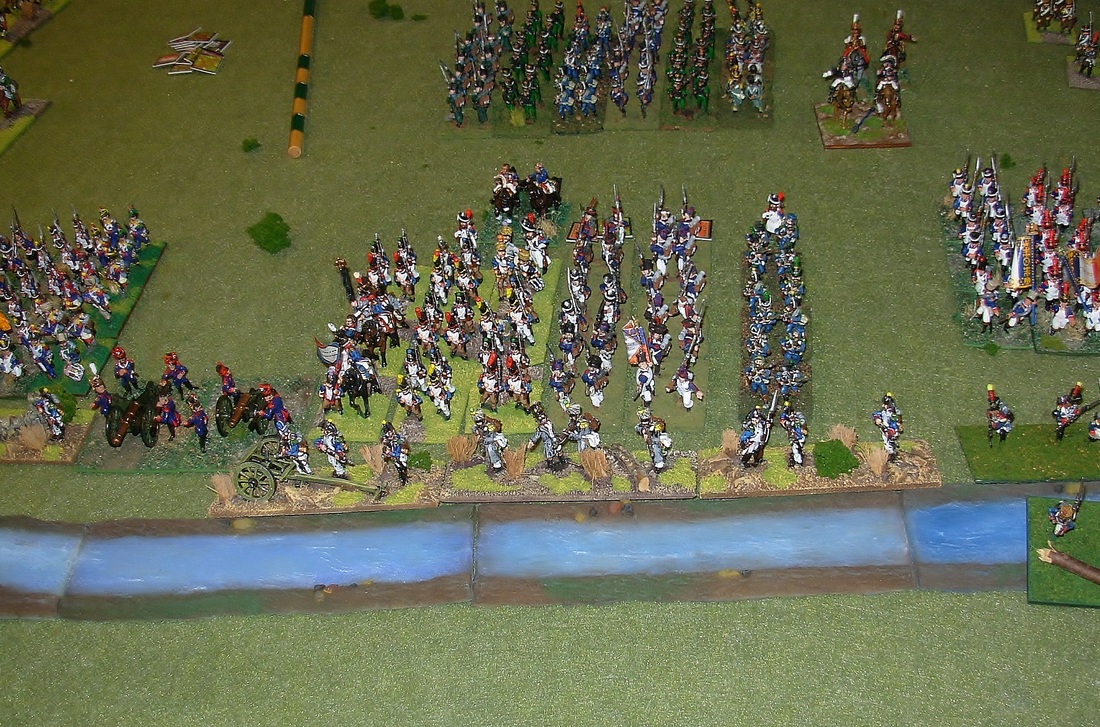 Leading battalions of Ney's force advance towards the heights of Semenovskaya, south of the Great Redoubt. 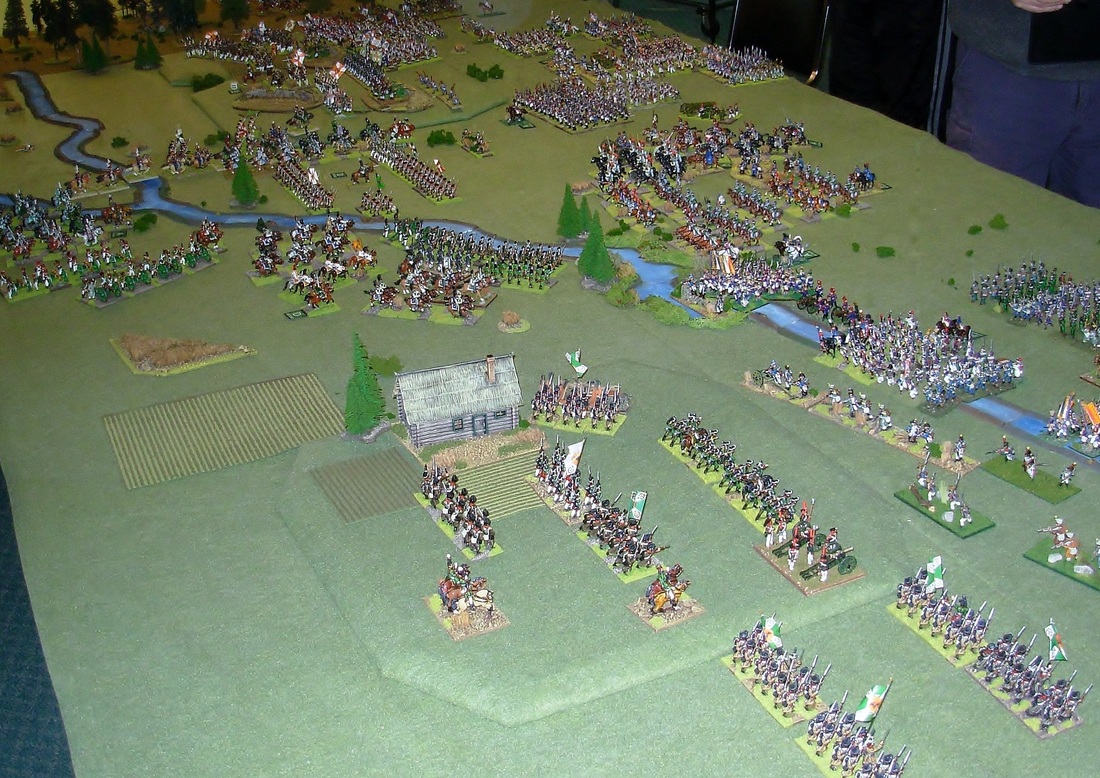 Action looking south from Semenovskaya towards a massive clash at the Fleches between Russian Guards and Davout's corps. 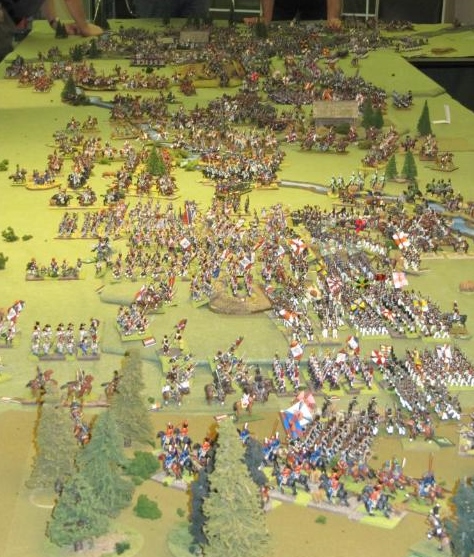 The view from the south - a lot of figures! 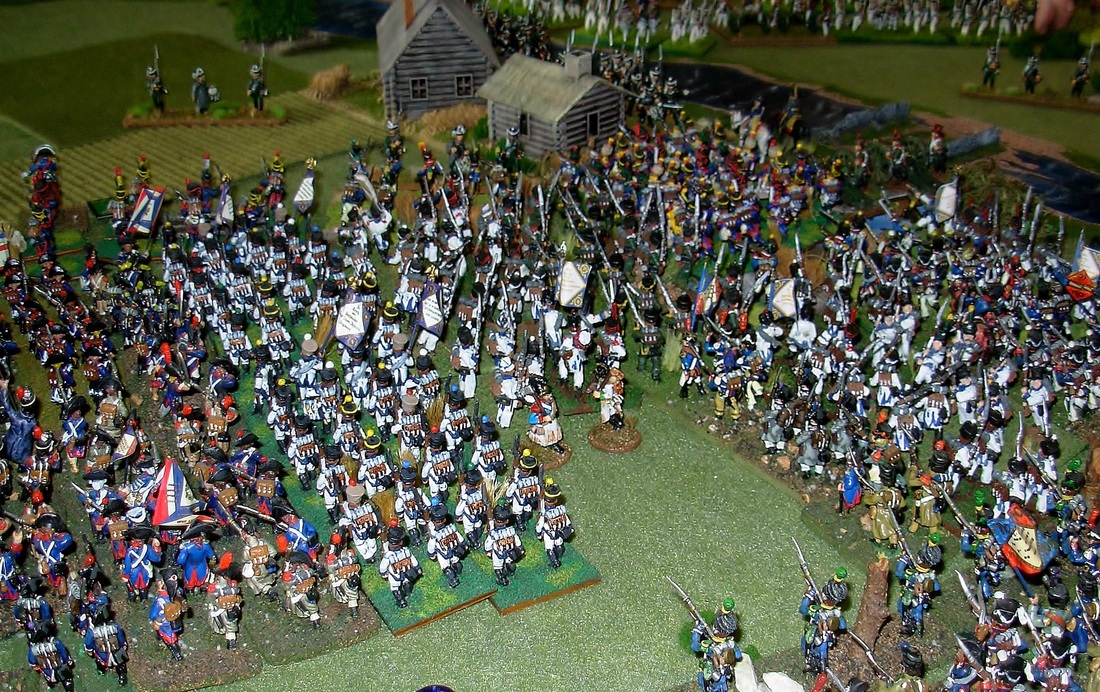 Back at Borodino, Eugene's massive force finally pushes forward and captures the town. 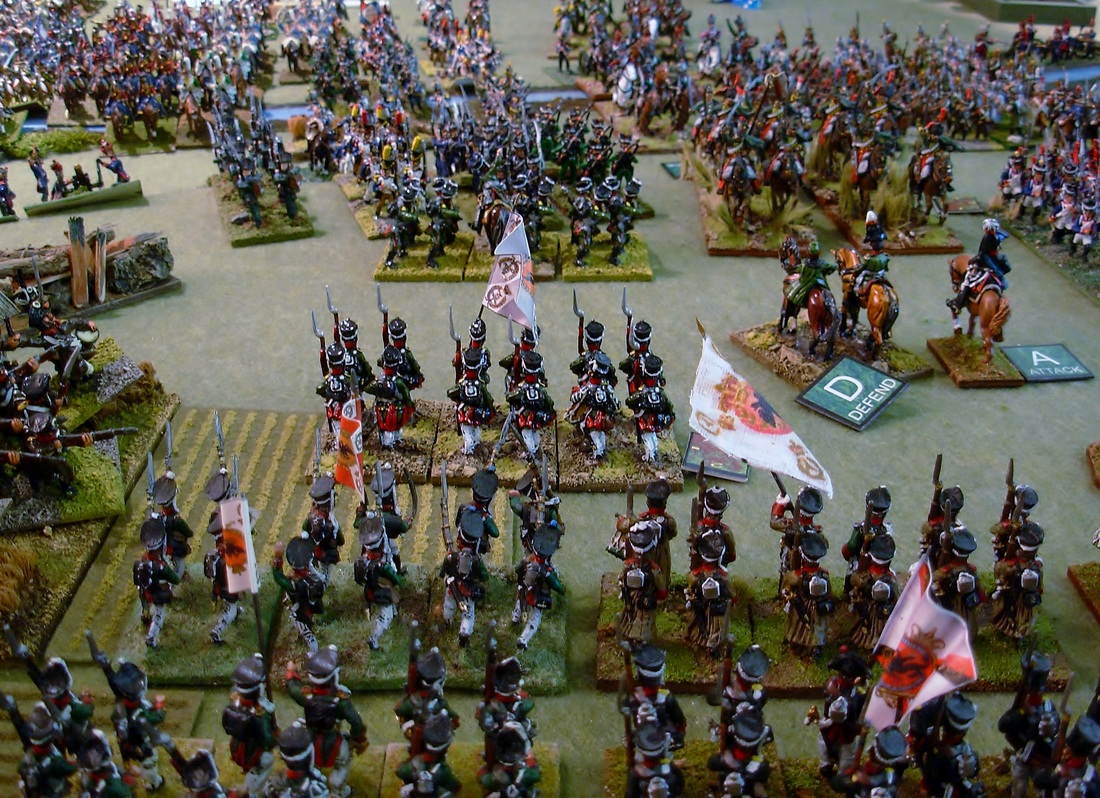 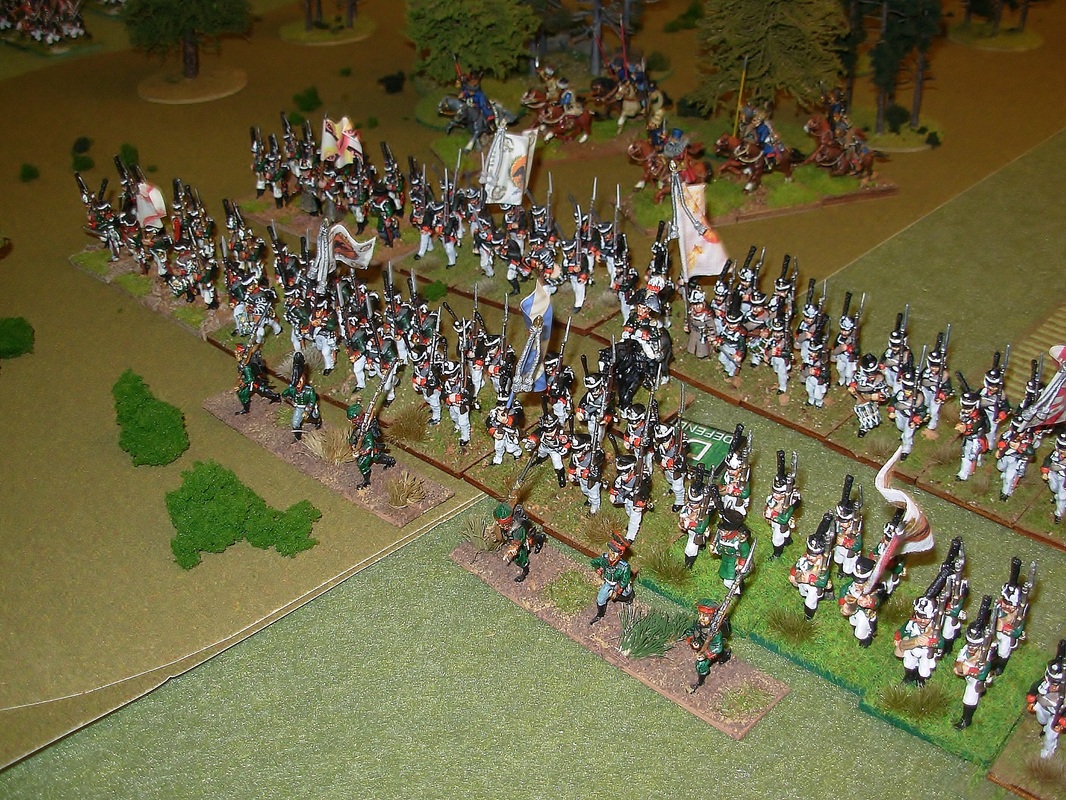 The Russians mount their own attack to the south on their left flank. 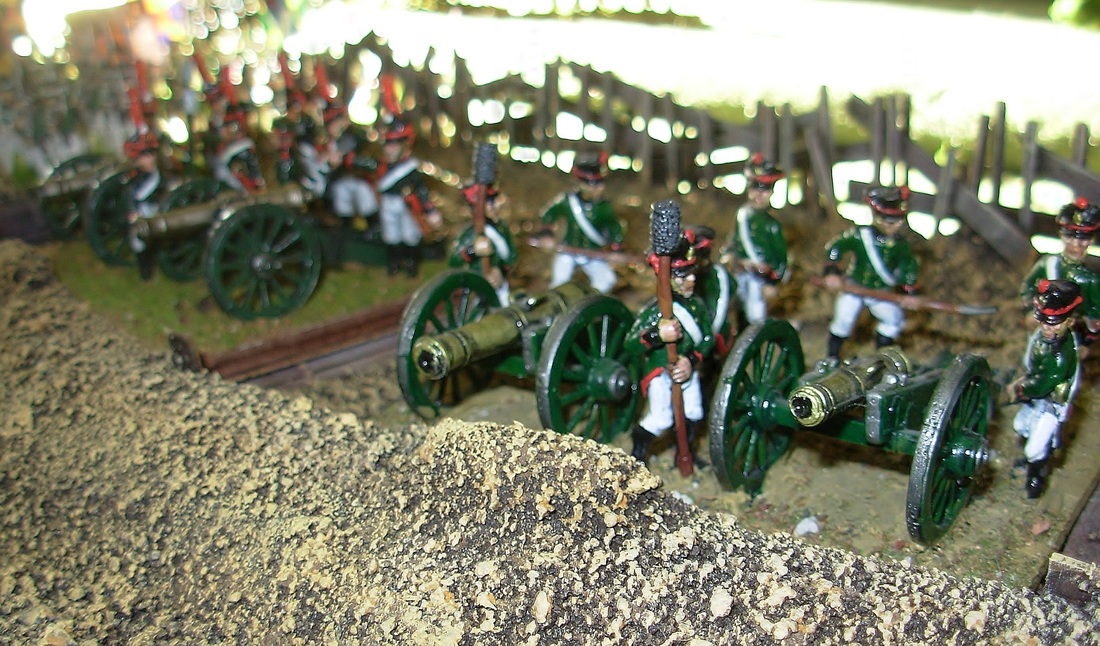 Back at the Great Redoubt, Russian gunners load ballshot as the French finally approach. 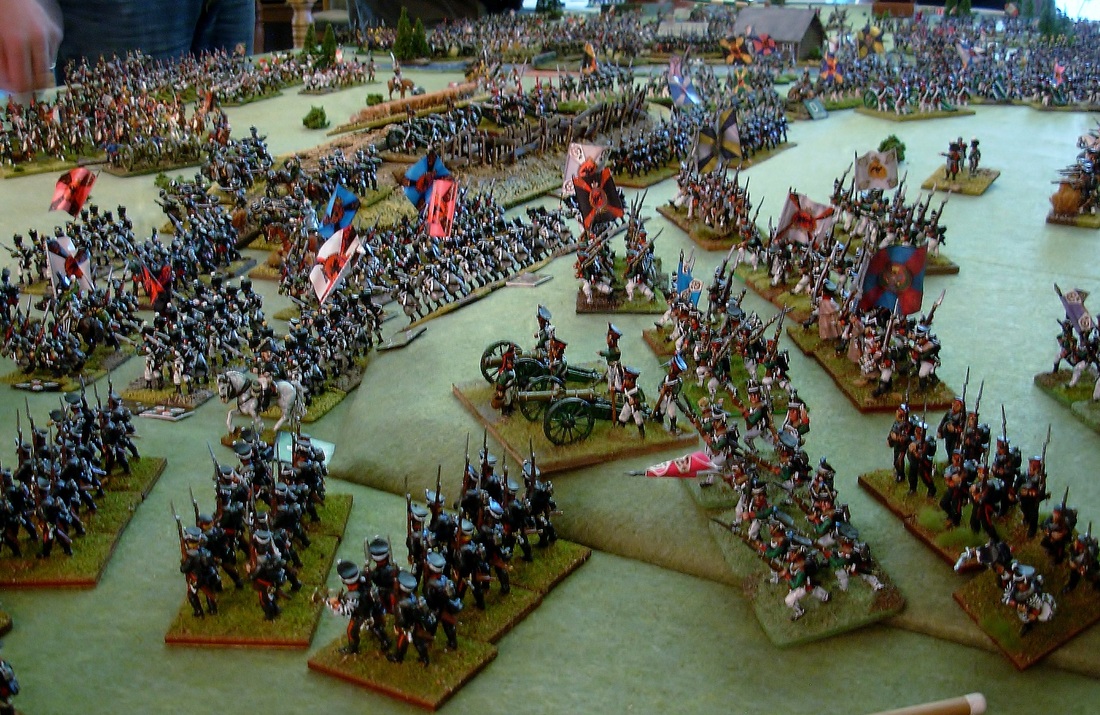 Panorama of battle: Russians reinforce between the Great Redoubt and Semenovskaya as the tri-colours draw near. 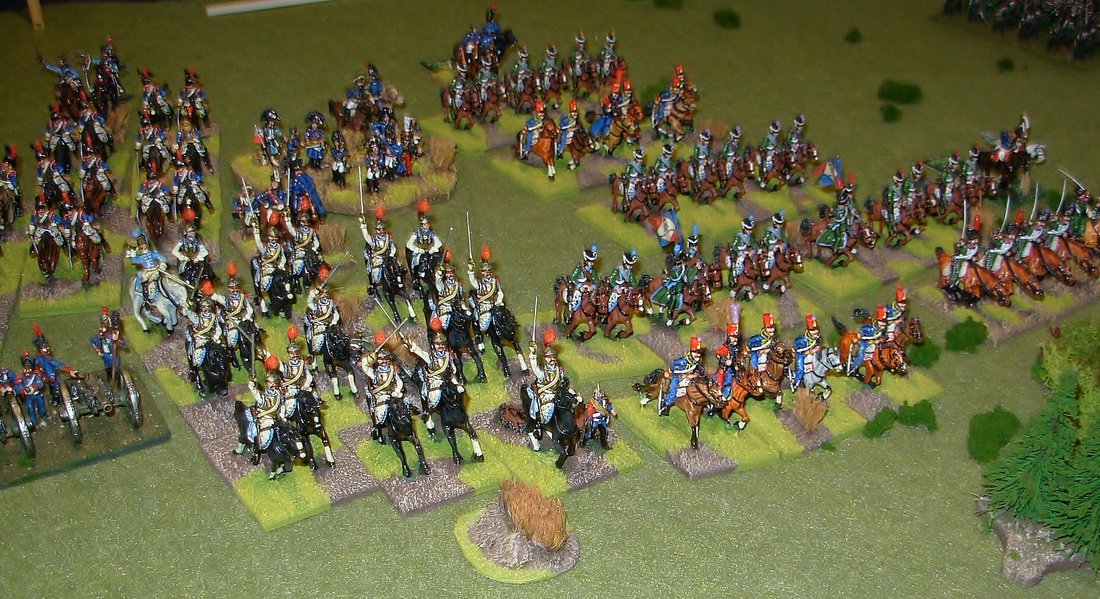 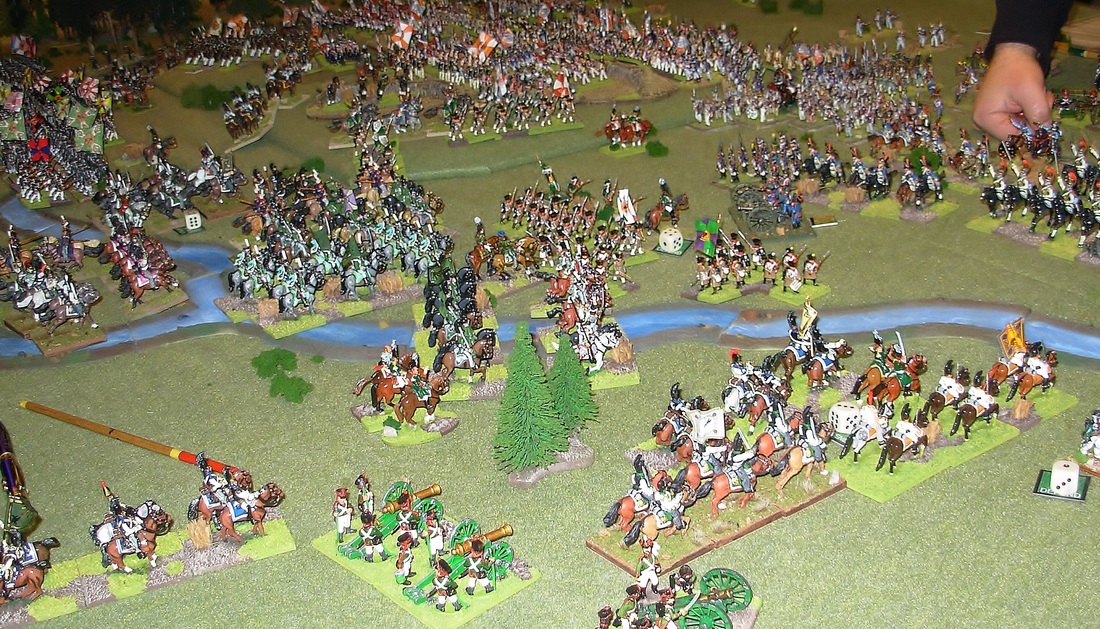 Cavalry clash while to the south a massive infantry battle rages at the Fleches. 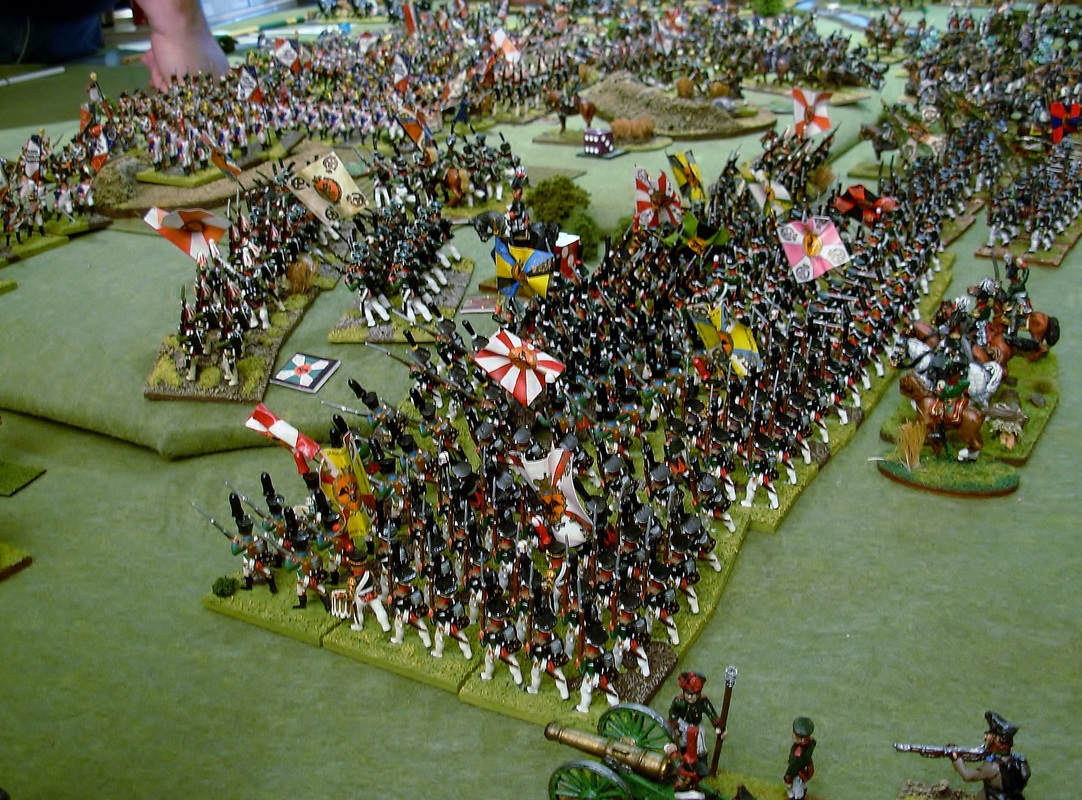 Russian Guards push back at the Fleches to ruin Davout's day. 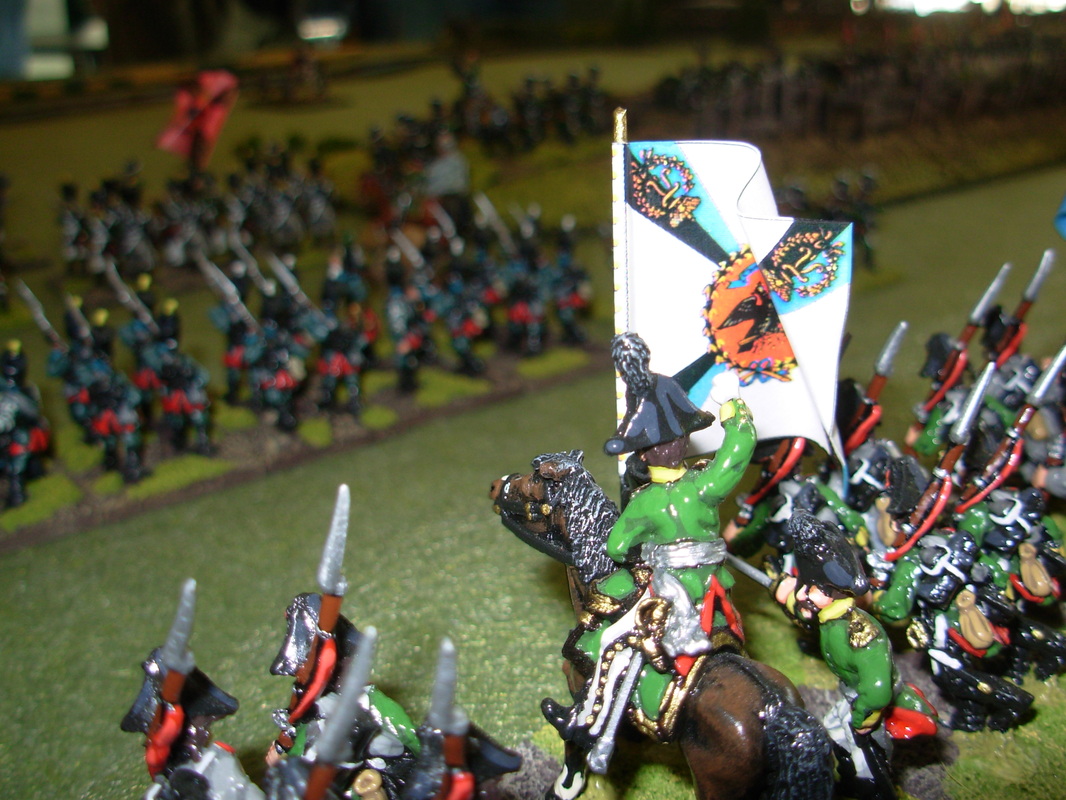 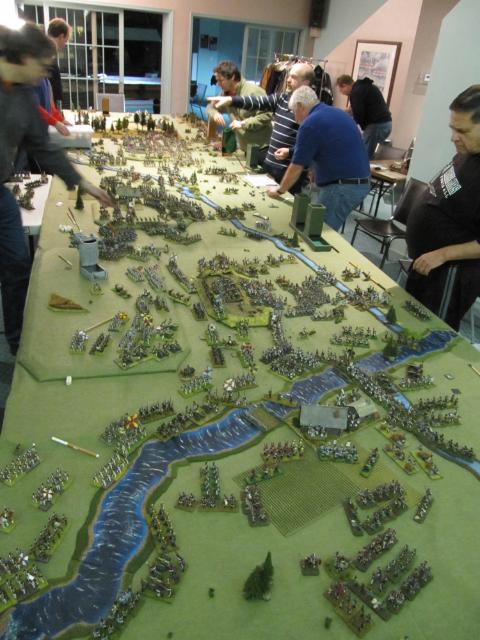